The robots developed by ZJUDancer for RoboCup are fully autonomous humanoid robots which play different parts as a team in the football game. During the past few years, we won the champions of RoboCup China Open through 2007 to 2014, and advanced to quarter-finals in Robocup 2009 Graz, Robocup 2010 Singapore, Robocup 2011 Istanbul and Robocup 2014 Brazil, to semi-final in Robocup 2012 Mexico, and won third place in Robocup 2013 Netherlands.

The whole hardware configuration of our robots are independently designed. Currently ZJUDANCER robot has evoluted to 4th generation. 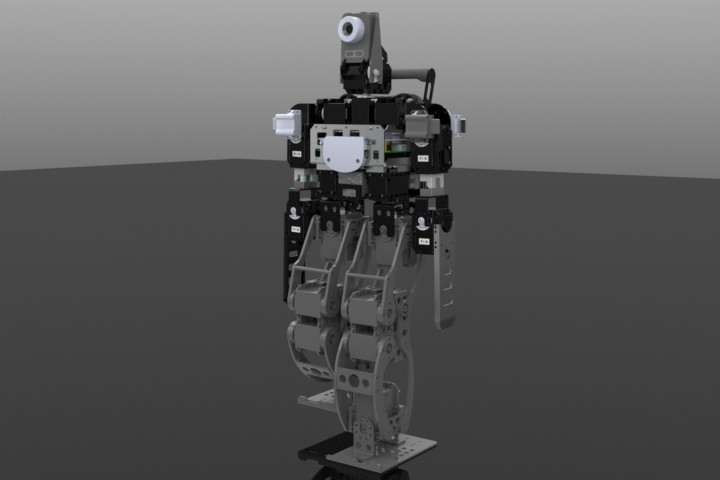 In Robocup2013 Netherlands, we (red) met CITBrains kid (blue) in the 3-4 final and won the game finally, watch this game on YouTube: